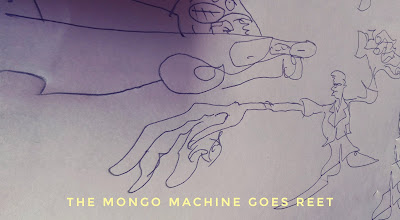 
There are those who prefer Elvis Costello’s opaque moroseness, with each stanza rife with slippery rhymes and a nearly narcissistic grasp of one’s sorrow, others will opt for Joni Mitchell’s travelogue heartaches concerning her passing fancies, many will cite Tom Waits as their idea of a lyricist who combines surrealism with the ground-in grit, and many of us kneel before the altar Leonard Cohen’s sacred and profane testimonies of an inner life both erotic and spiritual. “Autumn Leaves,” though, speaks directly to the idea of the wizened season, of the days getting shorter as darkness overcomes the light, the air turns crisp, and the branches of trees become stark arrangements leafless limbs. It equates the color of the leaves with lips of the beloved, red and gold, the hands of the lover that are no longer there to grasp. There is, in the melody, a wonderful, simple intoxicating feeling of the melody going up and down in pitch, the slight rush of recollection in sunnier times, the realization that what is being something that is memorized nostalgia and that one must confront, yet again, the hard truth that someone you loved is gone and getting on with his (or her) life, all this so one may get on with their own life. These are autumn moments when you stand in the middle of the sidewalk on residential streets staring at the curled leaves and their tri-colored hues waft on increasingly bare tree limbs as the wind gets chillier and more insistent. The leaves you see cover walkways and lawns in front of homes and apartment buildings that are being absorbed by a deep, muted light that makes the inanimate things of the world seem to pulse with significance, memory history that is private and without an adequate vocabulary to bring to sharp clarity. The melody climbs, pauses in a center as if to consider the sudden elation, and descends again, bringing you back to the present tense, the beautifully muted light and the pleasantly cool air that assuages the troubled brow.
Eric Clapton sings in a low key, his wonderfully, slight hoarse croon not quite reaching the notes on the songs highest pitch, but still bringing us a message of a man who knows the seasons and the reconsiderations they entail. The late Eva Cassidy, a singer with an exquisitely expressive voice whose artfully timed inflections were the place where deep, rich bells seemed to ring, slowed her version down, making the melody move as if in a swooning reverie of intense happiness before giving way, haltingly, to the regret that what was once sweet is now removed. She sings it, croons it, and seduces the emotion from the lyric, a voice filling in the areas where one thinks there should be extra qualifiers, adjectives, verbs. But there is no need for that , for Cassidy, as her voice lingers over the words that are there, bare though they are, her tone modulating just so to the left and to the right, a slight inflection changing emphasis, suggesting other emotions welling up just under the emotional mess being confessed.
This is the state of being between moments of clarity – minutes, weeks, months when you notice the sun setting around 3pm and, as traffic stalls at intersections on the way to the freeway on ramp, the radio plays the old music and as you drum your fingers on the steering wheel, half aware of the traffic until a car horn blares, you get absorbed by the cool air, the dark cloud formations, the lyrics and musical hooks of songs that are the soundtrack for your story so far. You pause or are made to linger, and you drift into the wonders of what it was like, contemplate just what the hell happened to you and the loves that made you whole, and come to accept the world you’re now a member of, an adult made full by every kiss and slap in the face one’s had the honor to have bestowed on them. We remember our mortality and become grateful for our humanity, grateful that ours are lives that have been touched and have touched others in turn.
Posted by TED BURKE at 11:40 PM
Email ThisBlogThis!Share to TwitterShare to FacebookShare to Pinterest