HOSED DOWN WITH E.L.P.

Overall, the whole phenomenon of Emerson, Lake, and Palmer was a fever that took too long to run its course. For all their mechanical onanism, they did at times amuse or impress me to an extent.  After all, musicians as good as these fellows were had to be do something appealing from time to time. Tarkus, their second studio album, was such an extreme example of unplayable, undanceable, unlistenable, jig-sawing time signatures that I wound up respecting it as something wherein we have a band that accomplished exactly what they set out to do, produce a loud, grinding, smoke and spark belching bit of unloveable Avant gard music. I would assert that if a college music department had their resident experimental music ensemble take up this album as a proposed project in search of some grant money, it would come pouring it. That is to say that its very unlovability fits right in with much more contemporary noisemakers at the edges of listenability. Also, these fellows had the chutzpah to take Copeland's sacrosanct "Hoe-Down" and turn it into a keyboard-dominated speed metal blitz. We must all insist that Copeland be played as Copeland wished, and yet one must also admit that it's often great fun to speed something up from it's intended tempo and observe how well the framework holds.

Posted by TED BURKE at 9:30 PM No comments:
Email ThisBlogThis!Share to TwitterShare to FacebookShare to Pinterest
Labels: EMERSON LAKE AND PALMER 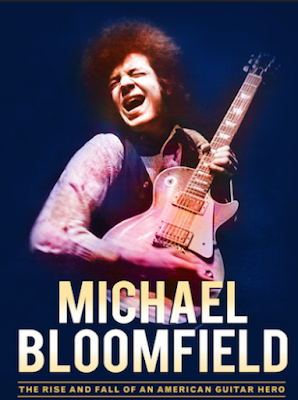 Posted by TED BURKE at 11:14 PM No comments:
Email ThisBlogThis!Share to TwitterShare to FacebookShare to Pinterest
Labels: MIKE BLOOMFIELD

Bob Dylan performed at New York's esteemed Carnegie Hall, for which he additionally wrote the program notes.  Titled My Life in a Stolen Moment, it's a long, rambling length of free verse poetry that is an intriguing example of Dylan juvenilia. A self- conscious and entirely awkward combination of Beat style first-thought-best-thought idea and the unlettered eloquence of the deep feeling poor white, it purports to be the true telling of Dylan's upbringing in small-town Minnesota.It's not a reliable document. As an autobiography, I wouldn't trust a word of it. Dylan embellished his story from the beginning. Inconsistencies and incongruities in his stated timeline were noted early on. I remember that Sy and Barbara Ribakove were suspicious of Dylan's accounting of his life back in 1966 with their book "Folk-Rock: The Bob Dylan Story." All the fabulation has certainly given a couple of generations of Dylan obsessives much to sift through and write books about. It's a poem, of course, but not a good one. What had always irritated me about Dylan's writing was his affectation of the poor, white rural idiom. It's dreadful, unnatural sounding as you read it (or listen to it from his early recordings). While it's one thing to be influenced by stories of hobo life, the Great Depression, and to use the inspiration to find one's uniquely expressive voice as a writer or poet, what Dylan does here ranks as some of his most pretentious, awkward, and preening writing. One can argue in Dylan's defense with the vague idea of negative capability, but that holds water only if the writing is great and the writer is possessed by genius. Of course, Dylan is/was a genius, but this was something he wrote when he was merely talented and audacious. Genius hadn't bloomed yet. This bucolic exercise has always been an embarrassment, juvenilia that sounds juvenile.

Posted by TED BURKE at 11:10 PM No comments:
Email ThisBlogThis!Share to TwitterShare to FacebookShare to Pinterest
Labels: BOB DYLAN 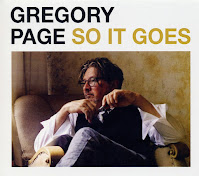