A COW STALKS THE CROSSTOWN BUS 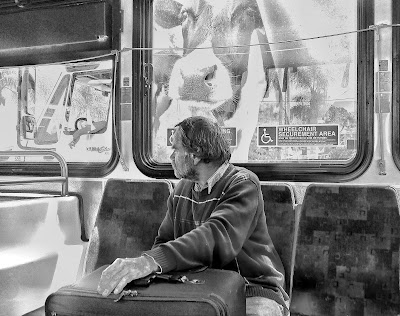 Among the miscellaneous debris, The Seventies have given rock and roll is the chance for a new artist to regurgitate and, at times, imaginatively retool the many over-incubated cliches of Pop and rock music.Older critics who long for their youthful heyday (first cigarette, first sexual encounter, first visit to the doctor’s office without informing one’s parents) as something in the vanguard of the movement, a ...fresh and invigorating voice that outlines the future of rock and roll.. ." We seem stuck in a state, perhaps permanently, where we have given way to unavoidable nostalgia and have taken to wallowing in recollections of an Ideal Past.

This is Fall-From-Grace stuff, a perverse funk for a generation that barely has the right to call itself middle age; as it has for some years now, we continue to search for the next Dylan, the new Hendrix, the next Beatles; overpraise and hypercritical rejection are the two polarities the new blood is greeted; the middle position did not hold in these surmising discussions. Bruce Springsteen combines elements from Phil Spector records, old rhythm, and blues tracks, and basic 4/4 backbone of rock and roll, wrapping a Dylanesque, free-associating surrealism around it. The result is a pastiche of styles that sounds forced.The motivation is obvious to a disinterested observer, but Springsteen’s movements do not move me beyond recognizing that he is influences will remain hipper than he could hope to be.

What constitutes the ephemeral, mystically conferred essence of hip on someone, I admit, is a mystery that is and will remain the subject of engrossing discussions and debates that will not find a resolution. But I know it when I see/hear/read it, and Bruce Springsteen appears fated to remain an earnest hipster, another face in the chorus protesting the same hard knocks and cold soup. Patti Smith wants to merge early Sixties rock, all Stones and "Louie Louie" with the legends of dead poets, sounding in the end merely silly. Tom Waits combines black jazz hep jive with Jack Kerouac and sounds stupid.From this parade of pretenders, the more jaded among us are leery of anyone trying the same thing. My Aim is True by Elvis Costello, takes one by surprise. Like Springsteen, the backbone 01 Costello's music is old rock and roll. But apart from that, they differ radically. Springsteen has a tendency to stretch his material to the breaking point, pouring crescendo upon toughness, and Costello's sing• crescendo. verse upon verse, ing, similar to Springsteen's trying to create an epiphany but more tactful, is full of that never culminates into pro- buoyancy, emotion, and conviction.

Costello, though, is without any overkill. What he loves about tin pan alley, the Brill Building, the hack songwriters of all callings, genres, convictions, was their mastery of craft. Mr. Costello knows when to be poetic and deliver a sequence of lyrics that manage to weave narrative elements and spare details that contain a beginning, middle, and end, his poetry, though influenced by Dylan and John Lennon, is under control; he doesn’t mistake a verse as an occasion for wildly opaque analogies, but for vivid items that logically follow one another in tone, temper, plot; one might not make sense of the songwriter’s word use, but you have a sense of the narrator’s situation, an element that makes this artist’s songwriter all more seductive and alluring. The stripped down to a vernacular (songs number twelve in all on the disc, unusual for a rock disc, and each exists as polished lyrical gems of a cynical, penetrating working-class intelligence. Costello's strength, a virtue that Springsteen, Smith and Waits lack, is his ability to use rock cliches for their full value. Instead of brandishing them like a set of museum pieces that one is supposed to bow to in historical awe and respect, Costello gets the heat to the meat. The make takes ownership of them and does with them as likes.

The rockabilly stuff is done with a verve that equals Buddy Holly, his use of reggae captures the required anguished, sinister mood, and his boogie material does a lot more than plot the course for the band. His lyrics, though, are imbued with a seventies sensibility, an awareness of absurdity works minor miracles with the clichés. Though not notable for originality or innovation, My Aim Is True is an honest piece of work, and Elvis Costello has an intelligence that can develop into something more complex and rewarding. My Aim, for now, suffices as an excellent example of how old forms may be revitalized, even reinvented from scratch, with the basic elements and energy renewed, if for a time, and be metaphorically capable of making the vulgarity , self-seeking and tangible afflictions that make life a cruel waiting room all melt into air and make you happy for the voice you hear next to you and the voice he or she is singing, grateful for the breath your taking, and feeling fully alive , if briefly, knowing that you and yours are not the only ones seeking transcendence. That is what great art does, if briefly.
Top of Form


Posted by TED BURKE at 10:28 PM
Email ThisBlogThis!Share to TwitterShare to FacebookShare to Pinterest