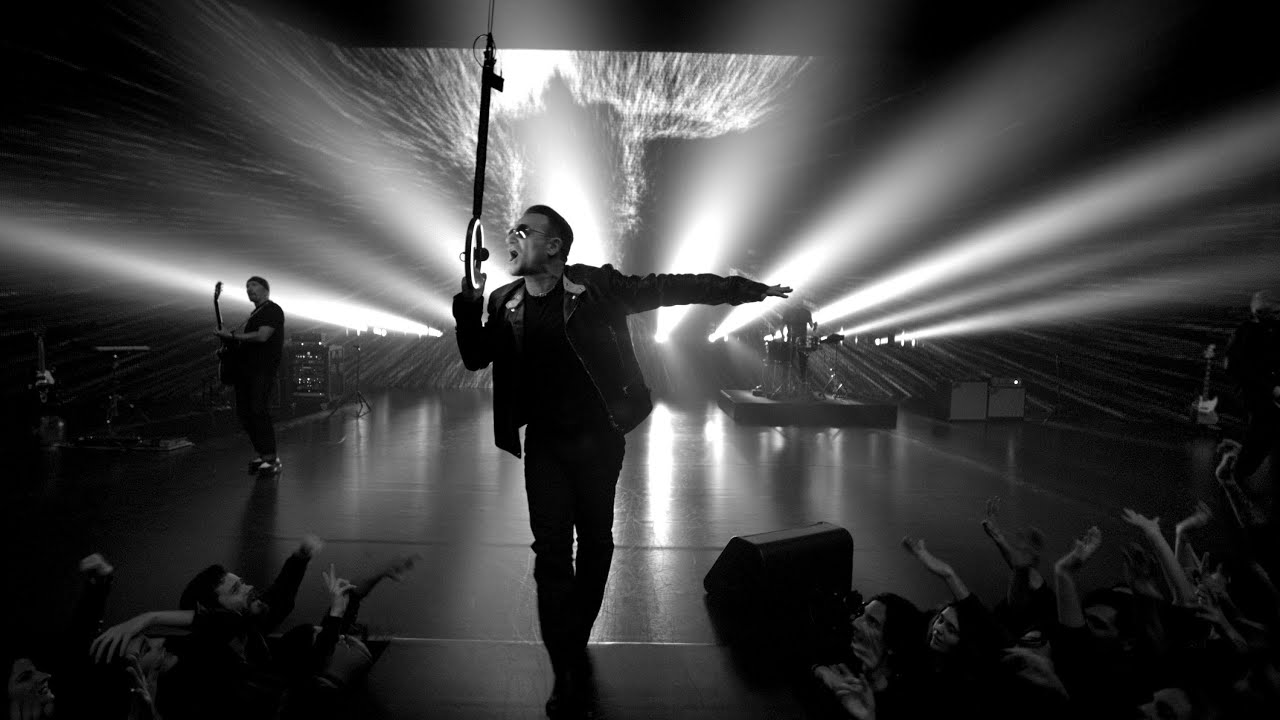 I was trying to watch a U2 concert on Showtime, motivated by the delusion that I would be able to remember precisely why I was briefly obsessed with this band in the Mid-80s. Ten minutes into the performance, the Edge's echoing chord work and Bono's humorless, crucified bellow did me in, the choicest of the choice songs. Even a band as pretentious as the Doors were reliable for crafting tight rock-pop hits that were all the things a radio-friendly tune requires. These qualities achieved a particular state that is a combination of hard work and luck: listenability. The songs got you, it kept you, and the next you know, the experience is over, and you're on the other side of it all whistling the chorus, mumbling lyrics you only half understood.  It's an old aggravation, and many bands have displayed it and kept it in my decades as a music writer, but it still applies to U2 especially. It's a pose, hewed with honest emotion and genuine conviction, but it is a pose, all the same, a stylized sheen that is set to make them attractive in theory.
I despise this band. Hardly the worst band, mind you, as there is a bottomless pit of worthy candidates for that honor, but certainly the most overrated by my estimation. The fundamental problem is that so much has been ascribed to them on matters separate from the actual music they write, record, and perform. My complaint is this: they have arrangements, not songs in their repertoire, which is to add a variation to other like describers as “all glitter, no gold,” “all sizzle, no steak,” and “all hat, no cattle.” One can, of course, name a few good songs these fellows have offered us, and indeed, my assertion that they cannot tunes at all is unfair. Still, the fact is that what comes to mind with U2 in terms of sonic signatures are not single tunes but rather their approach, their singular sound of the Edge’s slow, heavily flanged, and eventually monotonous guitar build-up, Bono’s braying tenor shouting half-witted spiritual tropes, a bombastic middle portion where the band hammers the chord progression into submission, and then the eventual fade into silence, an attempt here, I suspect, to make the listener reminisce about their own privately held best moments, whether romantic, sexual, romantic. It’s a style that’s been old for a while, for decades.
This, for me, makes them agreeable intellectually, but it doesn't mitigate the monotony that makes their music a self-regarding drag. Missing, perhaps, is the old "hit song" aesthetic, where there was an emphasis on tunes that were differentiated stylistically, given manageable time constraints, given hooks, beginnings, middles, ends, and concerning things that are not the result of a crisis of conscious or the search for a nebulous spirituality that no one seems able to find. I have to say that after 3 chords, U2 becomes loud tedium.
They don't have songs; they have a "sound." Some find it stirring, rocking, bracing. I find it bracingly the same from tune to. It's not that they haven't written a solid rocker and a cogent ballad in that massively reverbed catalog of theirs; it's just that unlike mining the albums of the Stones or REM (among so many others), there are not that many good-to-great tunes to amuse yourself with until you come upon a song, usually a track halfway through the second side, that kicks in the vitals and moves inside your head, playing its primary and primordial riffs and significant chords to a moronic, reductive and unceasing drumbeat and hands-free bass part that will not get out of your head. As we can guess, those kinds of tunes do not come along often enough, whereas sorry-Charlie Kitch mongers like U2 are in abundance.
Posted by TED BURKE at 10:33 PM
Email ThisBlogThis!Share to TwitterShare to FacebookShare to Pinterest
Labels: U2