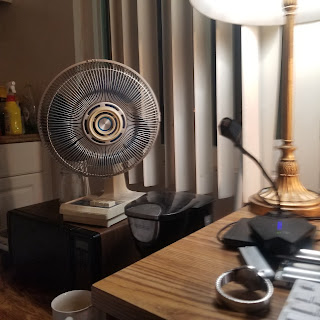 Some time ago I recall being asked if there was a song that I did not just hate, but rather loved to hate. There were many, really, the pretentious, the precious, the infantile, the catchy earwig of a pop tune that  wouldn't leave your work and slumbering consciousness, the lyrically vapid lament, the intellectually bankrupt screed, the trope choked attempts at poetic imagery. There was so much bad music being made every day,  by the hour, finding its way to the AM and FM airwaves --back in a time when Radio was the only means of finding music without leaving the house for the record store-- that picking only one seemed Herculean in the potential exertion. But then it became easy in a flashing revelation, which was the idea that there needed to be a song that I loathed to the extent that the hatred of the tune became a life force, an uncompromising stance of opposition defining, it wold seem to me, the quality of my tastes, my philosophy of the world, my basic decency as a protector of all matters cool, sublime and fun.

I had no philosophy and precious little character at that time in my development, just a bunch of engineered wants, desires and hormonal imperatives that were gussied up with big words and the titles of ominous books cleaned from a scan of library shelves. I just didn't like the tune, it's that simple, but I did construct a rather pat sounding diatribe against it. But even until now, I remember until now trotting out my memorized script to recite my reservations about the worst song every record, Iron Butterfly's "Inna Gadda Da Vidda."There are scads of songs that take turns occupying my Most Loathed Tune list, but the perennial chart topper is Iron Butterfly's "Inna Gadda Da Vidda".Bear in mind that the song was released when I was just getting into the thickest portion of my rock-as-an -art form obsession and wasn't in a mood to kid around, or make exceptions to my criteria about what made for acceptable particulars in a smart band arrangement.It was as if the band had purloined a copy of my conceits and went out of their way to make record a song contrary to the requirements just to ruin a evert day off and cigarette break I managed to get.
. A ham-handed guitar riff, bong-fury drum solo, screech and scrape solos, plodding pace. This describes a large measure of what was being sold those days by many bands, but Iron Butterfly held the distinction of being one of the most universally loathed bands in history, at least in my circles. No one I knew would cop to owning or liking the song --I only found IB fans when I ventured out of my neighborhood searching for select drugs.What was irritating mostly about "Inna Gadda Da Vidda" was that it was a song so awful that drugs didn't improve the listening experience, or even make it tolerable. It was worse, in fact, the wrong soundtrack for the pursuit of bliss.

Posted by TED BURKE at 11:07 AM
Email ThisBlogThis!Share to TwitterShare to FacebookShare to Pinterest
Labels: IRON BUTTERFLY