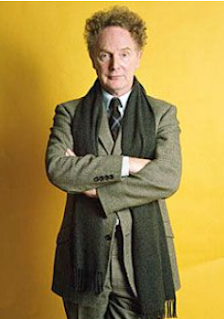 It was April 8, 2010 when Malcom McLaren  passed away, the man commonly credited  by quick study journalists and water cooler culturati with creating  punk rock, in the form of The Sex Pistols. Never Mind the Bollocks, Here's the Sex Pistols , their  1971 album ,  was an  especially revulsive  revolt against the tired blood of album-oriented-rock , an especially sharp weapon that spearheaded, many assert, the war against the decadence that made rock and roll into a glitzed up cash machine for  corporations . But grand as they were, and visionary though he was, I thought they and their like were redundant to rock and roll's evolution. Rather than make something new, they reiterated old noise and pre-owned attitudes. I grew up in Detroit in the late Sixties, where the local bands included The MC5, Iggy and the Stooges and The Amboy Dukes, not-give-fuck punks who kicked out the jams a good decade before the Brits made what was punk rock into a design fetish. It's not that I  thought the Sex Pistols weren't called for, as the pretentiousness of the musicians and the gullibility of the audience had choked off the life force that made rock and roll exciting and worth caring about. Some of it might be laid at the feet of rock criticisms, since the advanced discussions of Dylan's relationship to Chuck Berry's everyman existentialist demanded a musical technique and lyrical concept just as daunting. This is the danger when folk art is discovered: it stands to become something distorted, disfigured and bereft of vitality. I was lucky , I guess, in that I was a fan of the MC5 and Iggy and the Stooges long before the Sex Pistols caught the punk wave.

They and bands like Blue Cheer and Black Sabbath were a grounding principal--rock and roll is beautiful because it's energetic, awkward, and stupid, but profoundly so. There are "concept albums" I admire and still like, if not listen to, but I won't name them here. I am pleased, though, that the idea of the Album being a literary object has been dropped in a deep grave and had dirt thrown over it's  remains. What we can thank the late McClaren for is reminding us that rock and roll is a loser's game, the noise of the empty stomach made worse by broken promises where ever a good person woke up with full knowledge of the truth of their lives under the campaign  banners and cheers for a loving God. Since I'm making a cursory mention of Chuck Berry in connection with the Sex Pistols, it's worth mentioning here that Greil Marcus, the grayest and gravest presence on the pop/rock/culture-vulturing punditry hierarchy, has a nice stretch of descriptive prose in his mystical history of rock and roll and rebellion Lipstick Traces about the Sex Pistols rehearsing Berry's "Johnny B. Goode." It seems they never get it right for all the angry and frustrated attempts the  Pistols have at the song, but Marcus does a bit of his magic and  describes the energy in the room as he imagined it, making the increasing verve, the theoretical channeling of frustration and spite into inspiration and useful energy seem  believable. This is a Marcus specialty, creating more mythology from details culled from far  fetched sources. That's why I continue to read the man.

Posted by TED BURKE at 11:11 AM
Email ThisBlogThis!Share to TwitterShare to FacebookShare to Pinterest
Labels: MALCOM MCLAREN