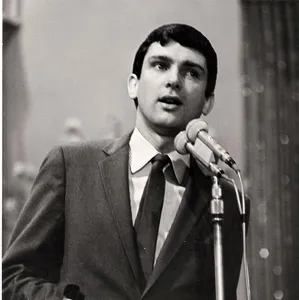 Leslie Gore was one of those pure pop singers like Gene Pitney and Neil Sedaka who had an appealing, earnest voice that could manage the hooks and addictive choruses of the songs she performed. Like Pitney, her song "It's My Party (and I'll Cry If I Want To)" was a catchy distillation of teen heartache and anxiety, an age where neither female nor male could help but continually compare their inside turmoil with what seemed cool and calm of the appearances of friends, associates, and other hangers-on. Am I good enough? Smart enough? Pretty/handsome enough?  Pitney and Gore were the heralds of awkward teenage blues, that time of life when hormones are kicking in and extending their reign from the brain and the appendages they command, a set of years where self-esteem is rare and fragile where it exists at all.

Not much has changed, just the style of clothes, the music soundtrack, and how far past first base you have to go to fit in, or at least seem to. Pitney was dour, moody, full-time drama queen in his string of hits, tunes he sang masterfully. He had a range, of course, easily witnessed with a listen to "I'm Going to Be Strong", "It Hurts to Be In Love", but it also had the strange quality of being scratchy, a strange impression of the gruff textured rhythm and blues singers he admired, and a certain "girlishness" as well. He had a fast vibrato, a quiver that would appear in the center of a phrase, making keywords seem suddenly uncertain, nervous, subject to glandular swings of mood, oftentimes undercutting the stronger voice, the more stoic, stronger pronunciation where Pitney reached down to an unnaturally low register as a means of constructing a solid, masculine calm. The singer was fascinating and melodramatic, and his performances were a clash of emotional raw ends.  But what really hits a nerve with Pitney's voice was the higher register, which he could twist and torture with deceptively able finesse to create a sense of a young and sensitive young man tasting for the wrong time the bitter fruit of breaking up. Neal Sedaka's song title "Breaking Up is Hard to Do" offers a clue to the genius of Pitney, who explodes the minor key agony of teenage breakup blues and expand the melodrama to the extent that it's tempting to apply "Wagnerian" to his extreme style. Maybe not so dramatic.

Leslie Gore was pop music for young people and I have to say that I found myself liking more than a little of it when I listened to TOP 40 radio. She was pop personified, the girl singing into the mirror as she prepared for a school dance for which she had no corsage nor date, singing her woes and insecurities into the reflection, watching her image, hair parted on the wrong side, watch on the wrong wrist, admit to the worries and dread  of not being in the center of the party,  not being interesting enough for a boy or a girl to talk to, someone for whom being friendless was worse than the death. Death, to her thinking, would be a release from this hell of other people's happiness mocking you without end, amen.