THE PECKING ORDER OF THE ROCK ALBUM CANON 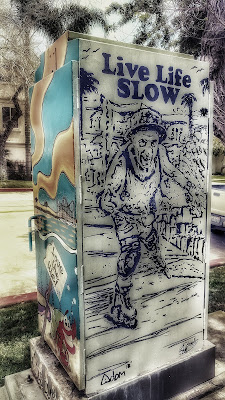 The reasons Beatle fans in general (rather than only) "hipsters"  referRevolver to Sgt.Pepper is for the only reason that really matters when one is alone with their iPod; the songwriter is consistently better, the production crisper, the lyrics are effectively "poetic"  without the florid excess that capsized about half of Sgt.Peppers songs. Perhaps most important, though, is that you could still listen to Revolver and still regard the Beatles as a working band . It might be a better bet that musicologist would be a better choice to pick apart what made the musicianship on this record so alive and cogent, but a big attraction in my life is that these guys still sound like a band showing up for a gig, setting up their own gear, and ready to play . It may be nostalgia, but something was lost when Sgt. Pepper became the standard by which most  Beatles records after it would be judged, two sides of special effects, guest shots and flailing ambition toward the Art Gesture. Revolver was the band still in work shirts.It might be compared to Miles Davis when he was performing with his classic bands--John Coltrane, Wayne Shorter, Herbie Hancock,Tony Williams, Ron Carter, et al-- with a long string of releases like Birth of the Cool and Kind of Blue (name your favorite here)and when he turned to the jazz-rock fusion of Bitch's Brew and On the Corner, which featured the endeavors of Chick Corea, and John McLaughlin . The first mentioned releases are conspicuous examples of bands sensitive to each members nuances, strengths and weaknesses, quirks and signatures, combing with the material to offer adventurous improvisations as part of an ensemble effort, while with Bitch's Brew Davis and his producers culled performances from hours of taped jam sessions where ideas and motifs were explored to produce albums that are, in effect, mosaics. The general tone of the later releases was less the sparks that occur between musicians confronting each other in performance but rather something more theatrical; thought the musicianship is rather magnificent and often times bracing on the later electric releases, they seem more in service to Davis' cantankerous muse, performing as directed. As much as I admire and respect the accomplishment of both the Beatles and Davis in their late work, studio craft and all, a larger part of me would have preferred if the musicians had found a way to expand their horizons without abandoning their identities as bands. The Rolling Stones sought to produce their own version of Sgt.Pepper with the releases of the bloated and wasted Satanic Requests, and it's a fine thing to appreciate the Stones self-critical response to bad notices (and perhaps some sober listening to the record, after the fact); they abandoned their attempts to compete with the Beatles on their new turf and returned  to riffy, R&B inflected rock and roll.What hasn't been mentioned here is that Frank Zappa released his first Mothers of Invention album Freak Out on June 27, 1966, a full month before the Beatles releasedRevolver in August of that year. Zappa was an erratic, quizzical, quarrelsome presence, but he achieved things with that album that neither the Beatles nor the Stones came close to; both those bands were more influential in the pop music sphere, where their separate approaches to including cross-genre and avant gard gestures made for pleasant and easily appreciated (and imitated)music for a large record-buying public. Zappa, though, with his solid chops as composer, producer, guitarist, satirist and multimedia maven, was miles further up the road and around the bend with respect to advancing the primitive ways of rock and roll into an art form. A good amount of Zappa's early music remains challenging to comprehend, which is another way of saying that it's hard to sit through and that it's downright ugly. The ugliness, though, wasn't merely my limited aesthetic; Zappa cultivated it, advanced it, gloried in it. Now that's integrity.  But the stuff that sounded ugly decades ago still kills small animals today.
Posted by TED BURKE at 4:48 PM
Email ThisBlogThis!Share to TwitterShare to FacebookShare to Pinterest
Labels: ALBUMS