THE WHITE ALBUM RECONSIDERED (sort of) 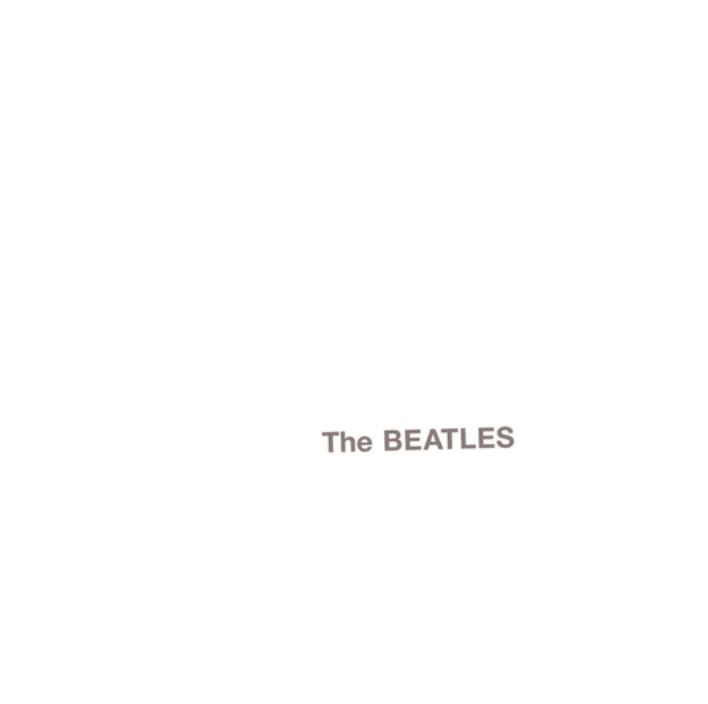 So, what is the lasting value of “The White Album,” alias The Beatles? value is that while it lacks the thematic line that many critics have insist is needed for a record to be considered having a timeless and inexhaustible quality, The White Album has a high ratio of songs that are well crafted, ingenious, lyrically sound, musically diverse. It's been said that this is less an album by a band than it is three solo albums where the artists use each other as back up musicians for their individual endeavors, something that indicates that the members had done as much as they could with each other as creative partners and would soon enough branch off as solo artists. This precisely at the time when the song craft had matured and the songwriting personality of the three principal contributors, Lennon, McCartney, and Harrison, became fully apparent and distinct. It's a grab bag of styles, attitudes, personal expression, a harbinger of future ex-Beatles to come.

I go along with the idea that even the minor songs on this album are minor only in the sense that they aren't quite up to the level of pop masterpiece standards the Beatles themselves established. Meaning that they fall short compared to other compositions in the band's canon, but not against pop music in general. Even reputedly trivial or whimsical efforts like “Honey Pie” or “Goodnight” , “Don't Pass Me By”, or “Obla Di Oba Da (Life Goes On)” reveal a remarkable grasp of diverse song styles and craft; all the tunes have the expected Beatle signature touches, and it's remarkable that it is these trademarked stylistics that keep their dalliance in non-rock or r and b pop styles from sounding like parodies or nostalgic.  What The Beatles (White Album) and the follow up release Abbey Road reveal is the band's skill at brilliantly being able to move across the timeline of popular genres and make music that remains, as Shakespeare does, modern, relevant, and resistant to fad and fancy. It could be said that one of the great Missed Opportunities in rock history was that the Beatles at their most fruitful never wrote their own "rock opera", a real and sustained narrative in musical form. Or even the music and lyrics for a Broadway musical. Listening to this record again makes you daydream of what might have been.

Posted by TED BURKE at 5:36 PM
Email ThisBlogThis!Share to TwitterShare to FacebookShare to Pinterest
Labels: THE BEATLES, THE WHITE ALBUM