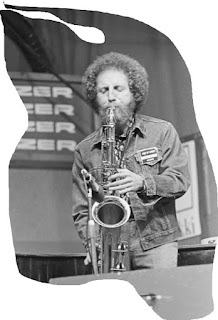 Niewood, playing flute and soprano saxophone, leads” his group through a series of songs that is somewhere near the progressive bent of ECM recording artists (Gary Burton, Ralph Towner, Jan Hammer, Keith Jarrett, ) and the modernized concept of mainstream jazz (Hubert Laws. Freddie Hubbard, John Klemmer.) If nothing else, the result is one slick package. Niewood's abilities on flute are passable. His style is lyrical and intelligently thought out and shows more imagination than some better-known players such as Herbie Mann and Tim Wiesberg, but he plays it safe too often, hesitant to expand a solo beyond the predictable. I prefer his soprano sax outings, which number only three here. His tone is looser and more confident and Niewood is more willing to take chances, covering wider spaces, with deft acceleration in his lines when needed. The band, comprised of Rick Laird, bass, Ron Davis, drums, Michel Donato, acoustic bass, and Dave Samuels, Vibes, turn in proficient, workman-like performances. Samuel's work on vibes adds immeasurably, especially on two John Abercrombie compositions. “Ralph's Piano Waltz,” and “Timeless.” If Niewood loosened up, he'd be more interesting. Gerry Niewood and Timepiece suffers from stylistic indecision at worst. At best, it'll make great background music while you’re filling out tax form

s.
Posted by TED BURKE at 11:13 PM No comments:
Email ThisBlogThis!Share to TwitterShare to FacebookShare to Pinterest
Labels: GERRY NIEWWOOD 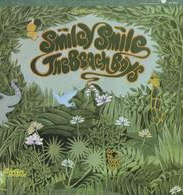 The Beach Boys still get chided occasionally for not being the most profound members of the rock front-runners who emerged from the Sixties. With Beatles, Rolling Stones and the  Who telling daunting  narratives, engaging in experiments with Eastern philosophies and flirting with the trendy notion that palace revolution was a legitimate means to change the course of societies on an international scale in the proper and preferable direction it needs to go into, the poor Beach Boys were at times castigated for being naive, pathetic, clumsily trying to integrate themselves into the psychedelic trappings of the time and yet stuck, forever, in a fantasy realm of innocent times in a fabled Southern California Eden that no existed (if it ever did). Of course, the saner minds among us realize that Brian Wilson and the Beach Boys weren't obliged by any moral standard or dictate to serve anyone's agenda, vague or specific , for creating a heaven on earth. Their mandate, Wilson's mission, was to service the Muse that visited them. What they did musically for their generation and for history after that was what they needed to do; anything apart from that would have been false, dishonest, discredited and, I think, tossed into the trash can.Many great artists, I'd say, are not deep thinkers, although there are some obvious exceptions. If anyone was looking to Brian Wilson and the Beach Boys for Blakean projections of a harmonized heaven and earth or Dickensian critique of economic disparity, they are both foolish and out of luck. Mood music you might call the music of the Beach Boys, evocations of lithe spirits, joy, sadness, peace, inner struggle, eventual respite, much of which was expressed musically with frequent genius. For me, the lyrics were there as markers of mood, not meaning in particular, agreeable syllables and consonants of particular inclination that existed primarily to allow the Beach Boys to harmonize as amazingly as they did; if their world view was simplistic, banal, locked somehow in more innocent times, that's fine with me. A good amount of great poetry, novels, plays and such are about characters and narrators dealing with memories of times that at least seemed less complex . At their best the Beach Boys' music literally transcended earthly concerns and achieved something greater than most profound literature can hope to accomplish.
Posted by TED BURKE at 9:59 AM No comments:
Email ThisBlogThis!Share to TwitterShare to FacebookShare to Pinterest
Labels: BEACH BOYS
Newer Posts Older Posts Home
Subscribe to: Posts (Atom)