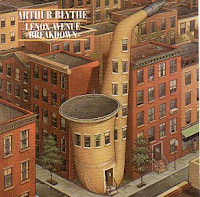 Blythe. a saxophonist who's done time with drummer Chico Hamilton's group and the New York jazz scene is the most interesting player of the instrument around. Where most saxists make the choice of the kind of music they want to play and seldom, if ever, stray to other styles, Blythe's sound is an engagingly eclectic mixture that he bonds together with the self-assurance and personality of his playing. His tone is as firm and spritely lyrical as either Joe Farrell or Phil Woods, yet he can, when need be, brandish the pyrotechnical verve of Sonny Rollins, the gruff, full-bodied harmonics of early Pharaoh Saunders of Gato Barbieri and the sweet-natured lilt of Charles McPherson. One shouldn't think that Blythe sounds like any of these players, though. Blythe sounds like Blythe alone, and the different ideas he uses to assemble a perfectly coherent style. With Blythe on Lenox Avenue Breakdown are drummer Jack DeJohnette, bassist Cecil McBee, guitarist James Ulmer, and several others. They provide the firm yet malleable bottom that Blythe requires for his extravagant solos, with their own sorties adding distinctive color and contrast. The title track is the best example of this, a wildly shifting terrain of rich sounds and multi-leveled rhythms interspersed by Blythe's brilliant gymnastics. Lenox Avenue Breakdown is rough, raw, bristling with ideas, and should be bought by anyone tired of the oversweetened contrivances branded as improvisational music.
Electric Dreams
- John McLaughlin and the One Truth Band - (Columbia) 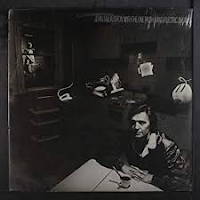 When last seen and heard in concert in San Diego. guitarist McLaughlin had assembled a unit called the One Truth Band, and from the evidence, there was little reason to feel hopeful. The performance was atrocious. A poorly mixed and badly played din of electronic flash. With McLaughlin and the band undertaking a pointless, random cacophony of speedy riffs that never jelled. The concert lacked even the callous cleverness McLaughlin has become known for. Well, surprise. Electric Dreams, the One Truth Band's 'first release with McLaughlin, is everything their concert wasn’t. The six musicians - McLaughlin. L. Shankar on violin, Stu Goldberg on keyboards, Fernando Saunders on bass, Tony Smith on drums, and Alyrio Lima on percussion - have consolidated their skills into a fully integrated unit and display a distinct musical identity.

The high points on the album are many, but especially exciting is "The Dark Prince," a fevered stretch of extended bop acceleration,  where McLaughlin fuses the melodic sense and chordal strategies of Coltrane and Parker with the quirky meters of his Mahavishnu period. Though the purist elements of the jazz audience might dismiss this track as mere facile Clash and showboating for its own sake. McLaughlin’s solos are nonetheless crisp. Concise. Elegantly phrased and to the point. The closing guitar keyboard shootout between him and Goldberg is an enthralling example of two musicians pushing themselves to their respective creative limits. "Miles Davis " (so named. as a return compliment to the trumpet player who named one of his songs "John McLaughlin" on his Bitches Brew  is heartburn with musical  notation after a delicious but over-spiced meal. At this point, I turn off the music and walk into the sunlight of the spirit.

Posted by TED BURKE at 11:14 AM
Email ThisBlogThis!Share to TwitterShare to FacebookShare to Pinterest
Labels: ALBUMS, ARTHUR BLYTHE, JOHN MCLAUGHLIN