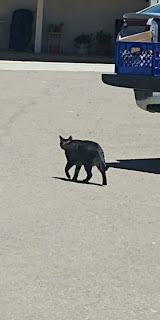 I was gullible enough in the formative 70s to have a shag haircut for a year or so d. I borrowed twenty bucks from my Dad, who thought I was going to get a flat top and thus appear neat-as-a-doctor's office coffee table, and paid a guitarist who called himself Ramada to take the scissors to what was then an impressive, shoulder length cascade of curls. Ramada was also a badass guitarist for a local band called Madame Beast, who specialized in British rock--Small Faces, Spooky Tooth--and over all , I thought he looked cool, bitchen, the shit. I couldn't play guitar, but damn, I wanted his hair cut. A half hour later, I emerged from the bath room, tight ringlets of clipped curls on the floor waiting to be swept up, a skinny, glasses-wearing kid in jeans and a layered hair cut that made me look, well, ridiculous. And chubby-cheeked. And incredibly self conscious. I would try the trick of trying to catch my profile as I passed store windows, I'd linger in Sears clothing sections checking myself out from many sides in the three-mirrored fitting rooms, I would spend time in the bathroom trying to get my hair to seem to fall just so, like Keith Richard or Ron Wood. My Dad was pleased with neither the haircut nor the time I spent in the bathroom doing, apparently...nothing. No, the haircut didn't make me a hit with the ladies. But I did get stared at a lot.

The Sixties died when rednecks starting wearing their hair long, and you knew that the bloom was forever off the rose for British rock and roll when the shag haircut morphed into the mullet, a style intended for the ambivalent white twenty somethings stranded between a gas station and a pancake shop just off the interstate who couldn't decide which was a better ideal to live up to, military respect or rebel-yell hoo-hah. As with a conflation of two bad choices, we have results that are worse than if one chose to do nothing at all. The mullet does not look good on anyone, at any time, in any era. Like much of American life itself, where the fabled opportunities and boundless avenues of choice have shrunk to the most scant options, the mullet is a haircut that isn't selected to someone so much as assigned, like a military issue. It's symbolic of one's willingness to dedicate themselves, in order, to family , flag, and God and yet retain the revolutionary spirit of our country's founding, a nice trick if you can manage it, but too often what we see are listless and angry young men working against their own interests, ready to bash gays, blacks, beat wives, girl friends, any one they suspect of being a terrorist merely because they don't resemble them in skin tone , speech, or accent. And perhaps also because they aren't wearing a mullet.

Posted by TED BURKE at 10:00 AM
Email ThisBlogThis!Share to TwitterShare to FacebookShare to Pinterest
Labels: HAIRCUTS I'VE HAD