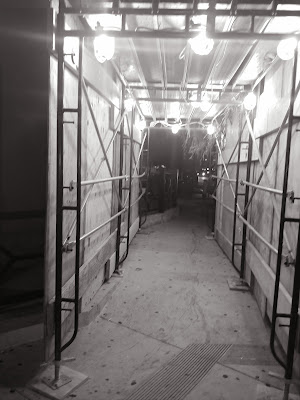 Such is the kind of no-neck culture-vulturing as a I listened to a Marxist lit professor critique "Guernica" or Frieda Kahlo’s' portraiture as though the modernist formalities Picasso and Kahlo put upon their canvases were the reason, and only reasons, that bombs go off, that babies die, and why woman get raped by art-sickened men. The Right, in turn, finds evidence of decay and decline in everything not sanctified in the Bible or in limitless free market terms, and everything that occurs in society that involves a tragedy on a spectacular scale is reducible, in their view, to the errant need for self-expression. Much of this is old hat--its been going on for years, and again, its the job of thoughtful critics, critics or are genuinely provocative to bring a larger analysis to bear on complex matters, to strive for truth that stirs us away from the intellectual panic that some of our pundits seem to want to fire up. We have another case of left and right agreeing on the basic tenet that artistic freedom is wrong headed, and that it must be hemmed in my so many conditions and restrictions that its practice would be practically pointless. We have a pining for a world of Norman Rockwell small towns and church bake sales.
Posted by TED BURKE at 11:13 PM
Email ThisBlogThis!Share to TwitterShare to FacebookShare to Pinterest
Labels: RANT