JOHNNY ROTTEN WAS RIGHT AND HE'S STILL AN IDIOT 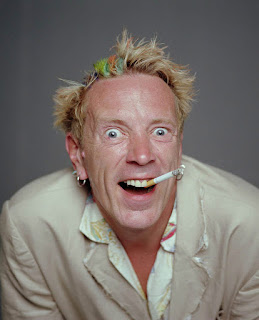 People who are cool are those who don't professionalize their names and become the odious species called "professional celebrity". Johnny Lyndon became a celebrity, famous for being the former Johnny Rotten. Grace Slick is cool because she retired from being a rock star when she realized she was too old too silly singing those old songs about the problems of youth. It seemed to her, shall we say, inauthentic. People who are cool are not, by default, nonconformist or anti-social or any of the other rebellious bullshit that is actually an identity we buy into by corporate marketing departments. Being cool is doing what you want to do, liking what you like, listening and reading and seeing what you want because they truly mean something to you; cool people really have no interest in trying to appear cool. I would ask why are writers for online magazines and pop culture sites so eager to condemn their fellow citizens for not being just like them. The Sex Pistols were the result of clever marketing no less than the Monkees were back in the day. There was an unrepresented generation in the music marketplace and Malcolm Mc Laren, in his fashion, created a product, of which Lyndon was part of, to fulfill a need. Or at least create a "want", as Chomsky would argue. Lyndon bright enough to be aware of the contrived nature of the Pistols, a band that wanted to destroy the machinery that produced manufactured entertainment that was no less manufactured by the same methods and reasoning, but on the cheap. Being a real punk, ie, a habitual jerk, he set out to destroy his meal ticket. He asked if the audience felt cheated, a manner of pulling back the curtain on a variation of the star-maker machinery, but his willingness to expose the hype became an essential part of what became his act (or shtick). He made a living a being the former Johnny Rotten, a low-rent Oscar Wilde. He may have been speaking his truth, and bully, but he wasn’t a wit and he wasn’t especially enlightening. 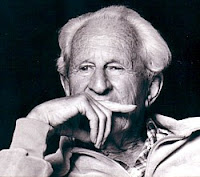 He was guest VJ on MTV decades ago, post –Rotten and Pill and here he was easing into the one marketable guise he had remaining, the go-to “survivor” of a heady period at the popular culture margins. He was to introduce clips from newer bands and comment briefly when they were done, a negative bon mot before the station cut to one of their endless streams of commercials. After a Jesus and Mary Chain video had played, the image faded and the camera opened up on Lyndon’s constipated visage. “Oh, that was awful. They are so derivative of the Velvet Underground…” I might agree with Lydon if I knew more about the JAMC songbook, but the remark had no impact, no sting, it cut to nothing at all; he seemed bored with his whole act of being the cynical, seen-it-all rock and roll revolutionary who must manage simulacra of disgust to sustain a paycheck. Not hip, not cool.Capitalism wastes nothing, even the shards of the artifice someone has blown up with some subdued version of the truth. Remember Marcuse's idea of "repressive tolerance"? That was the idea that democratic capitalism is so insidious that it has an organic function to nullify the revolutionary potential of various cultural and social upheavals by permitting those ostensible enemies of order full legal expression of their style, their manner, their ideology. The goal is fairly obvious, you negate revolutionary change by allowing those who expose and espouse radical transformation to vent and argue their position and allow the creative expressions they generate to emerge more or less unmolested. Everything we create is transformed into product or material that can be used to manufacture variations of the false utopia we bought into in the first place. Nothing is wasted. The smashed idealism we tossed out is reassembled and given a new coat of paint and then sold to someone else who is trying to trust the authority of their senses.Che, Lenin, Mao, Trotsky and Karl Marx himself adorn t-shirts, mugs, and keychains  manufactured in Free Trade countries at what amounts to slave wages, the rebel-yell tradition of rock and roll is codified and neutered with a Hall of Fame, and what could be instructive criticism for those of us to change our behavior and get involved in the politics of their lives is made irrelevant by being turned into feel-good cynicism suitable for coffee mugs, shirts, greeting cards and witless situation comedies. Johnny Lyndon is a tool, a professional celebrity, and his greatest accomplishment is in creating a generation that had no greater desire than to be professional celebrities as well.

The whole withering -away- of- the -state endgame in Marxist theory was a pie in the sky, I think, a trope that replaces Christianity's doctrine of Eternal Life in Heaven with a promise that amounts to the same thing. Happiness and fulfillment are forestalled until certain unattainable and unverifiable conditions are met. The transformation is never witnessed as advertised. This seems to be same with how things are sold to customers--you are not perfect or really at ease until you own this. Again, we never really see the transformation of ordinary people into extraordinary ones, but we can witness the accumulation of useless things, received wisdom, dime store attitudes displayed as philosophical distinctions. Being hip or cool, it seems, seems to part of this whole mentality that there is an exclusive club one must pay to join in order to get a glimpse of the heaven they’ve taken out a prescription to. This is the reverse of what being cool was all about, which was living a life that was modulated to not absorb the static, babble and decaying artifices society put upon you, to conduct oneself with a knowledge that horrible violence and obliteration can be visited on you any second and, with knowledge of that, make life meaningful by making authentic choices as to what you want to do and to take responsibility, full claim, to the results (and consequences) of those actions. Creative commitment is what that is called, an element in the overly abstruse doctrines of existentialist thought.
Posted by TED BURKE at 9:20 PM
Email ThisBlogThis!Share to TwitterShare to FacebookShare to Pinterest
Labels: IDEAS, MUSIC, REVOLUTION