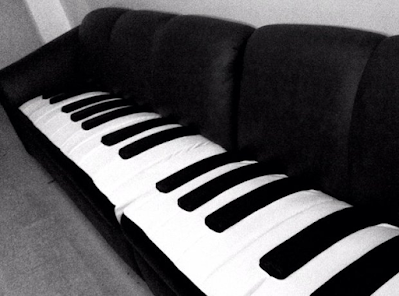 Ted Gioia is a jazz critic , music historian and journalist who's become provocatively concerned with the seeming devolving status of that of his occupation, music criticism.His commentary  caused to choke with the shock of recognition, as it appears that the coverage of music, old and new, fresh , middling and downright putrid, are accorded the same rhetorical standbys when they are covered on arts pages, in print or posted to lifestyle websites. It's been as though that no one among an invisible, snarky and uncommitted ranks of entertainment writers have a passion for music as such; critical estimations in so many record reviews I've come across over the last ten years have skewed toward the lazy reshuffling of conventional wisdom a 60s Old Guard of music judges managed to  render into meaningless pulp by the end of the 70s. Musicians, bands, their music  seem more fetish items, articles of acquisition that would reinforce a sophisticated listener's idea of themselves as Hipsters keeping a faith with some forgotten notion of living by values that transcend the merely material.

But it is materialism we're addressing here, and music is less, much less the vehicle for any kind of new poetry, the space where what can't be said or explained about an existence whose purpose and meaning behind the flesh and blood circumstances of our routine gets expressed in a manner unforgettable and which provokes more earnest self-examination, and instead makes all the sweet music into tones that compliment the carpets, the view of the ocean from the top of the hill, the selection of unread books on sparsely occupied shelves.  In fact, it's not that music criticism has devolved  down to lifestyle reporting, it is merely being replaced by  editors and publishers by a species of celebrity journalism.  Musicians  replaced Hollywood movie stars in large part as famous and rich folks that fans of popular culture obsess about and, as it goes,  in a world where media is now a  24-hour concern, filling up those column inches online and online and , for the love of god, all over those cable shows, the fastest and most ready  bit of material for reporters to bring to a drooling public's attention are the trivial doings of what these people do in their daily lives.

In an atmosphere where everything is up-to-the-minute, the second, the nanosecond, music criticism only takes you so far. I was a music editor for several years and I know the dread of having holes in your section layout--that is , no stories, no reviews, no ads to fill up a gaping white space on the page you're trying to ready for publication. As much as I wanted to maintain my integrity and reserve my editorial  copy to matters of considered cultural criticism and the arguing  for the greater good of all, as a practical matter my standards had to be modified when I decided to run a substandard, gossipy,  trivial bit of celebrity worship on my pages. Nature abhors a vacuum,  and so do editors. The Village Voice, Down Beat, Rolling Stone, Filter, Pitch Fork, Jazz Is, all present straightforward criticism of musicians and their work, and the quality varies publication to publication, of course. A basic consideration, though, is that back in the day, when  music, basically rock and roll, was considered a force for change by the media that tried to understand it, we saw a rise in earnest young intellectuals--Paul Williams, Greil Marcus, Robert Christgau, Jon Landau, later Lester Bangs--who took the music seriously and attempted to essay forth the underlying movement of history in the notes played and the rhymes sung. This gave us a particularly potent kind of literary commentary; there was a lot of good writing that came out of that. Moreover, though, much more nonsense written for music criticism, and  it appears that readerships no longer believe that music, as such, represents a Hegelian transformation of History; it meant a good time, period.  The basic message is that cultural commentary of the highest regard will dominate the arts pages of general interest publications, online and off, only when the zeitgeist has us believe that music and art in general have a meaning and direction that is more, much more than the technical achievements .

I think we need critics, informed , passionate and committed critics, to discuss and eventually provide readers with articulate view of works of fiction, drama, movies, visual arts to give one context, stylistic analysis, author /musician/poet/playwright (etc) theme tics and development there of, and how well the current subject of review stands up , merit-wise, with the best of the artist's body of work so far. This is more academic, I suppose, than merely "reviewing", which tends to be terse consumer guides that opine on much bang for the buck a consumer gets. I've gravitated toward more long form, deep dive opionists--Kael, Christgau, Greg Tate,Walcott, Stanley Crouch, Sarris , LeRoi Jones--who incite disagreement but who , nonetheless, provide the basis of conversation and points where informed dissent can expand the conversation. I buy music, books, go to films and attend poetry readings (and the like) because I enjoy having my assumptions of form and coherence tweaked. And I enjoy good writing about such matters as well. It's a cliche, yes, but a good critic, a great critic can make the art experience more meaningful. A great critic helps you realize that a paycheck, a roof and a warm bed are not enough for the good life. Something more is needed and art is that something that might provoke someone to dive deeper into their experiences and feel the rhythms of existence vibrate through the particulars of whatever they are engaged in. John Dewey had a few things to  say about this aesthetic state of being that one can carry around with them through the ebb and flow of daily discourse, work and play, and considered such a state something that needn't be reserved for those set a side periods one dedicates to reading, listening to music, watching a play. I'll spare you a word paraphrase of Dewey's ideas, but they can be found in his book Art as Experience. His is not the most flowing prose ever placed in print--he has none of the elegance of fellow pragmatist William James--but the ideas are arresting; they've been an immense influence in my thinking  and my conversations involving the hairy warhorse of a subject, "what good is art?"

It makes for a dull time generally , I suppose, and limits nuanced discussions and general intellection on guitar solos and the genius of lyrics to a smaller, shriller, more adenoidal crowd of folks, but that is the spirit of the time we live in.The element of discovery is out of the equation, since no one has to look neither long nor far for music that  might interest them, the new sounds, the new vibe. Critics are no longer the explorers or explainers of new sounds . Everything is already found, and the smaller circles of pundits , it seems, find themselves aggressively agreeing with one  another, give or take an instance of ritual snark.